The 10th edition of Romanian Design Week has ended

Romanian Design Week, the largest multidisciplinary festival dedicated to the local creative industries, organized by The Institute and presented by UniCredit Bank, has come to an end. The tenth edition transformed Bucharest into an oasis of creativity, which, at every step, offered experiences, exhibitions, and events for all tastes and for all ages. 35,000 people accepted the Romanian Design Week challenge and enjoyed what the festival had to offer over ten days.

Combinatul Fondului Plastic, was the epicenter of cultural-artistic manifestation, discovered by more than 10,000 people.

The focal point of RDW 2022, Combinatul Fondului Plastic, included a series of exhibitions. Installations and unique activations, which have been appreciated and discovered, for 10 days, by approximately 10.000 design enthusiasts. 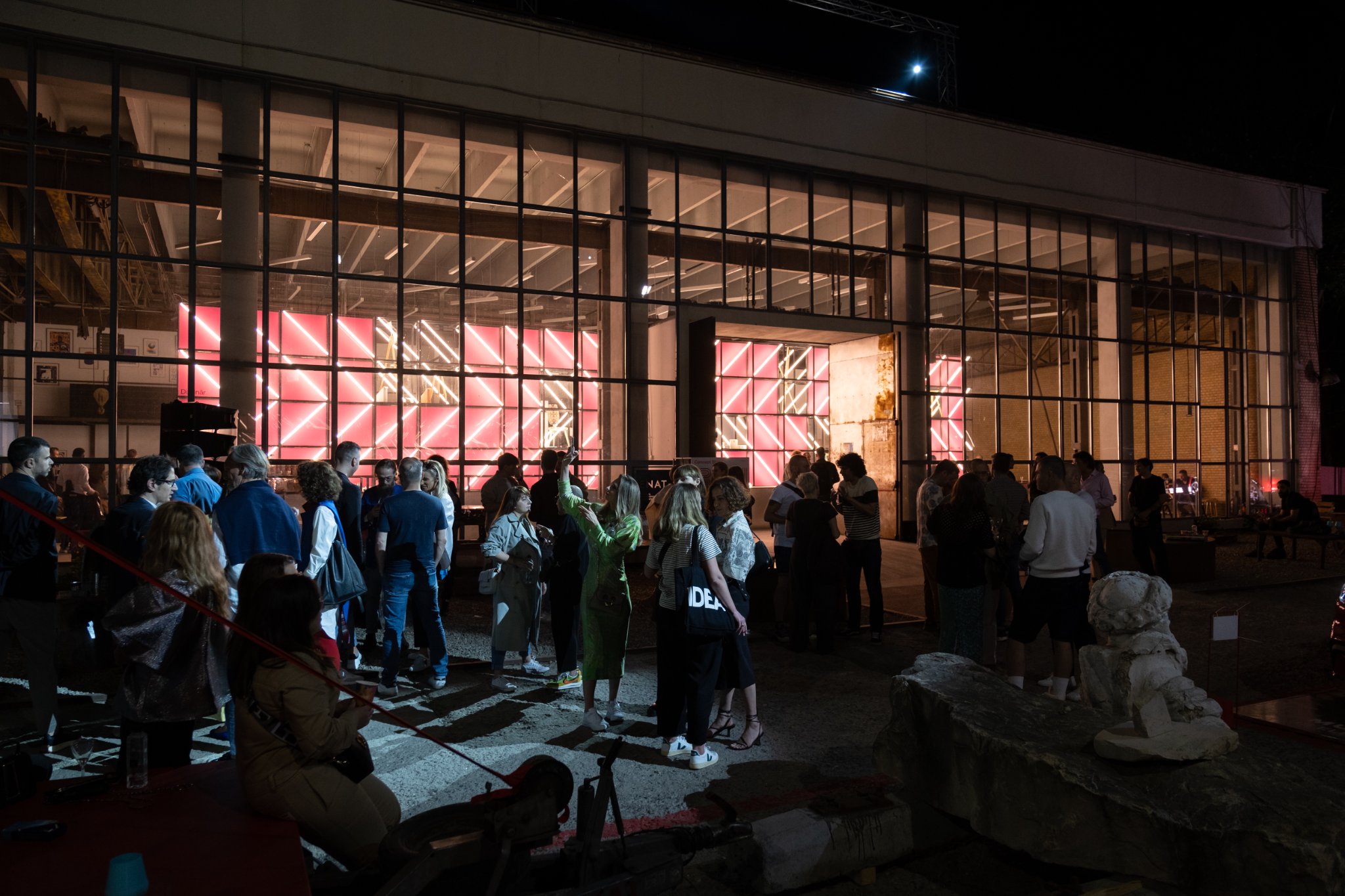 We mention here “Building the Future. Together” a manifesto exhibition developed in partnership with Nod Makerspace, which included 6 interactive and immersive installations, part of the New European Bauhaus program; the exhibition “Valuable Objects” curated by arh. Adela Maria Marius, founder of Epretext gallery; The exhibition “Zoom In: Sustainable Design” an OTOTO initiative, part of the “Slow Forward. A Manifesto for a Mindful, Sustainable Lifestyle” brand’s program; Câlția • Glăvan capsule collection, an exhibition concept created by Cristiana Raluca Draghici; the interactive installation Explorers of the Multiverse, made by the art and technology studio H3, in partnership with IQOS; AȘKIA Young Designers Awards (AYDA) exhibition, which brought to the fore the winners of the annual product design competition launched by AȘKIA; the exhibition "Handle with care: graphic memories from factories and factories", part of Corvin Cristian's personal collection, respectively the international Exhibitions from the Design Flags program: "Smart Hungary", brought to Bucharest by Liszt Institute - Hungarian Cultural Center Bucharest and the on-site installation made by the Czech studio Hermann & Coufal.

With the theme #FORWARD, the anniversary edition of Romanian Design Week invited the participants to take a step forward and consume the products created by Romanian artists. Thus, at Combinatul Fondului Plastic, in Senate Gallery, was hosted the largest concept store dedicated to Romanian creatives, the visitors admired the selection and purchased products worth over 50,000 euros.

Also, at Combinatul Fondului Plastic, in addition to design exhibitions, visitors were able to enjoy immersive experiences offered by interactive installations and had the opportunity to experience the RDW Social program, with various outdoor experiences, or to relax in the food& drinks court.

“More than in previous editions, at RDW 2022 we wanted, not only for the public to adopt the theme of #FORWARD, but also, to amplify the social component of this festival. Due to the elements created by BAZA. Opening the City, at Băiculești 29 and thanks to the sponsors, through their activations, we have outlined at Combinat, a micro-city of arts and design. We were glad to bring closer to design, in all of its forms, the public, that was so eager to go out, socialize and reconnect to the cultural life of the city.” Mentioned Andrei Borțun, CEO The Institute.

5000 people were attracted by the Ion I.C. Brătianu Settlements, considered one of the most valuable examples of neo-Romanian architecture in Bucharest, which was temporarily reopened for the public, through the common efforts of Romanian Design Week, OAR Bucuresti, the Romanian National Library and ARCEN.

During the Romanian Design Week, the space was renamed Design House, hosted daily another exhibition signed by one of the 10 leading designers in the local scene. The exhibition, as well as the guided tours offered to the public by ARCEN, were received by the public with high interest. This fact showed once again the need that Romanian Design Week fulfills, from one edition to another, reintegrating and recontextualizing emblematic buildings and spaces in Romania.

Record of satellite events, part of the RDW 2022 circuit. Over 20,000 participants

100 satellite events took place during the 10 days of the festival, offering the public a different perspective on the city; and involving local communities in creating this unique journey.
From Architecture’s Night, an original RDW format, a night when dozens of architecture offices open their doors to the public to present their teams and projects, in an informal and relaxed setting, with music and cocktails, to Bazar in Cotroceni, a weekend when the inhabitants of the neighborhood opened their yards and put on sale clothes, sweets or vinyls, with a record of participation of the locals, the Romanian Design Week’s offer was rich and varied.

What comes after #FORWARD?

The increase in the number of visitors, but also in the participation of local communities, the sales recorded at the concept store and the feedback received from Romanian creatives make the organizers extremely optimistic about future editions and consider, as a development plan for the next 10 years, the expansion at the national level, in big cities such as Timișoara, Cluj-Napoca, Iași or Brașov.


The event, a member of the international association World Design Weeks, along with festivals around the world in Barcelona, San Francisco, Helsinki, Seoul, and Tokyo, aims to further support the creative industries, to create a framework in which society is more aware of the value which they bring to everyday life and to offer the public the opportunity to consume, according to their own tastes and possibilities, the offer of Romanian designers.

The Institute promotes the creative industries in Romania, aiming to contribute to the modernization of Romania. The Institute has been initiating and organizing events for over 20 years and has built a community that brings together entrepreneurs, professionals, and the public of creative industries in Romania. Through everything it does, it contributes to building a strong infrastructure for the development of creative entrepreneurship in the country, increases and diversifies the audience of workshops, designers, small businesses, agencies, manufactures, promotes entrepreneurs and creative professionals nationally and internationally. It is the founder of Romanian Design Week, DIPLOMA Festival, Civil Society Gala, Internetics, Creative Quarter, combinat.ro, and initiator of ASAP Romania.