News / 03 Mai 2018 / Institute.ro
1/1
With “Skeleton of the wind,” Indrikis Gelzis and Viktor Timofeev present an exhibition in which the visual grammar of minimal sculpture collides with the Surrealist inclination toward anthropomorphizing objects. It’s subtle, here: Gelzis’s works, rendered in black metal and blue fabric, stretch, bend, and flex as though they might weasel their way out of two-dimensionality. They’re impish rather than creepy, interested less in uncovering subconscious desires than in playfully destabilizing the staid functionality through which we graph and understand data—and, by extension, reality.

These are hard lines. They break up space and delineate geometric forms whose meanings we can only assume. We use minimalism now to think about systems—it’s no longer just a matter of reduction, of paring back to the core characteristics of a medium or material, so much as generating a program or map, a set of data points from which some form of technical information might be predicted or inferred. Gelzis makes these works digitally, 3D-modeling the sculptures before rendering them in steel tubes and fabric sleeves. This process—and the fact that the finished works look a bit like hyperactive stock market graphs—might allude to neoliberal capitalism’s impulse to accumulate information-as-wealth (think, for example, of the novel and exciting means Facebook innovates to profit off its users’ data). Through it, the artist both materially consolidates and abstracts information into paintings and/or sculptures that appear to map some sort of data but flippantly refuse legibility.

Like Gelzis’s works, Timofeev’s drawings employ a reduced palette: these are shadowy sci-fi visions in red, blue, and black pencil. In one, veiny blue forearms with upturned hands reach up in a circle, skyscrapers from some alternate universe, with armless, genderless red figures perched atop them. Another focuses on a single blue palm cradling a red figure who seems to pray to drawings or screens affixed to the supersize fingertips; around it, more red figures lie and kneel in either reflection or repentance. These humanoids (and that could refer to both the red beings and the corporeal infrastructure they inhabit) draw out the eerily humanlike quality of Gelzis’s seemingly rigid, architectural sculptures. It’s unclear who’s really living here, and who or what is in control. After all, the wind has no skeleton—no bones or body, no underlying infrastructure—but there’s structure and direction to it nonetheless.

A text by Dana Kopel who is a curator, writer and editor at the New Museum in New York. 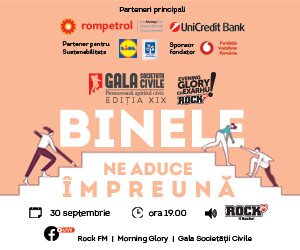