Articol / 18 Noi 2018 / Institute.ro
1/2
Alongside its 18th edition, Internetics Festival, a project initiated by The Institute and presented by UniCredit Bank, aims to celebrate the digital industry through a virtual reality (VR), augmented reality (AR) and digital installations exhibition – Internetics Interactive Expo. The event is organized between 22-25th of November at The Institute Space, 12 Dacia Boulevard, in Cartierul Creativ (The Creative Quarter), Bucharest.

Public access is free between 10am and 10pm, with the exception of November 22nd, when the opening hours are 7pm - 11pm.

The exhibition unveils the way digital technologies and creative industries interact, offering visitors the possibility to explore the creative content in a new context and from an immersive perspective. At the same time, it provides a road where the visitor interacts with digital projects in the art, gaming and entertainment, social, but also commercial areas, produced by international studios, as well as by the local digital sector.

Among the projects presented at Internetics Interactive Expo are:

– a series of 360 documentaries that explore local subjects, such as the life in Danube Delta or how the Circus in Bucharest changed after animals were banned in shows, as well as international themes such as the bustle of big cities such or the drama of deported families;

– tourist experiments, such as a bike ride in London, one of the most lively European capitals;

– the VR representation of a historic moment for Romania – the signing of the Alba Iulia Declaration on December 1, 1918, in the context of the 2018 anniversary of the Big Union Centenary;

– works created by Romanian artists that come to life through AR;

– commercial projects that propose the testing of some brands’ products in virtual reality.

The festival also includes the Internetics competition that awards the best campaigns in branding, marketing and online advertising in Romania. This year, agencies compete in all main categories: Digital Platforms, Digital Strategies and Interactive Campaigns. The gala to announce the most efficient and creative projects in the online world will take place on November 28th, at Deschis Atelier (Nod makerspace, Splaiul Unirii 160), followed by a party with free access at Deschis Gastrobar.

Internetics Festival offers the opportunity to keep in touch with the newest technologies from the digital field and experiment them directly and locally, but it also represent a context of networking for entities in the field.

You can find more information about the exhibition and the structure of the competition on the official site of the festival, internetics.ro.

A project by: The Institute
Presented by: UniCredit Bank

Founded and organized by The Institute, Internetics is the first branding, marketing and online advertising festival, that settles the standards in online communication in Romania, by rewarding the best interactive campaigns, technologies, sites and tools used in online promotion and encouraging both creativity and strategy. Internetics appeared since the start of the online industry in Romania, in 2001. It contributes to the development and improvement of the online and digital industry in Romania.

The Institute promotes the local creative industries, aiming to contribute in modernizing Romania. The Institute creates and organizes events for 20 years now and brings together designers, entrepreneurs and the audience of creative industries. Through everything we do we contribute to building a strong infrastructure for developing creative industries, we grow and diversify the audience of workshops, designers, small businesses, agencies and manufactures, we promote creative entrepreneurs in Romania and in the region. It founded Romanian Design Week, AdPrint, Internetics, Institute, The Magazine, Noaptea Agenţiilor, is the organiser of Effie Awards România, Şcoala ADC*RO and ADC*RO Awards.

Where
The Institute Space, 12 Dacia Boulevard, in Cartierul Creativ (The Creative Quarter), Bucharest 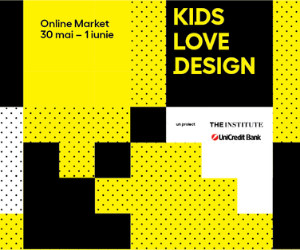 Interior Design Members Increase On WAC, As They Showcase Their Projects Limitless