Articol / 19 Feb 2015 / Ioana Pîrvu
1/10
“Play&Rewind” is a Romanian Design Week project in collaboration with Romanian Cultural Institute in Stockholm, that has its starting point and gravitates around the cultural universe of childhood. The exhibiton will take place between 5th of February and 13th March and will be part of the Stockholm Design Week 2015 official programme.
“Play&Rewind- Memories, games and tales in Romanian design” brings together pretexts of play from the recent past, the result of a collective input, and objects of play from today, shaped by individual authors. Young Romanian designers and artists reflect on the social and individual functions of play, as well as on the ethics of design for game-mediated interaction and toy production. The process results in toys tailored for children, games for adults and objects inspired from the visual realm of childhood.
In Romania of the ’80s – the era of the urban neighbourhoods, of the socialist ideal of the group and of standardization –  strongly bonded communities developed around the monotonous blocks of flats. In this setting, playing outdoor games contributes to bringing people together.
These games, which become the trademark of many generations of children, are often immaterial or developed from the simplicity of the objects, such as a banal household or outdoor trinket. Still, they have clear sets of rules shaped through the input of the players, and, as such, they become codes, create hierarchies and act as a strong social binder.
In the arena of the parking lot in between the tower blocks, the object is invested with magical power and reality is temporarily suspended. Superheroes are confirmed, role models are shaped and players are empowered. Individual and collective creativity take flight against the apparently inauspicious backdrop of the serial urban landscape.
Seen as liberation and as a generator of a new order, the game takes shape through the inventiveness of the players and their craftsmen’s skills – children and parents build “play tools” together – the do-it-yourself culture at its best.
The shift from immaterial or handicraft games to objects of play (toys) is concurrent with the change in social and political setting that begins in 1989. The rapport with the city changes and individuals start spending most of their time indoors, in a space marked as private. The apartment replaces the parking lot and the act of playing itself becomes more of a solitary practice.
Playing is now closely connected with the toy, as object of desire, whether in the form of an international cartoon icon or a local one. The toy, animated with expectations, replaces the game, and the fascination of possession replaces the power of the social pact. The exhibition explores how the notion of design is shaped by the early interaction with the world of the material and the immaterial in play.
The exhibition will present the works of 36 romanian designers: Abbit&Bear, acbc, Adrian Balcău, Alexandra Gavrilă, Alina Constantin, Anca Fetcu for Intro, Care?Cutare, Cohn&Jansen, Diana Giurea&Doru Dumitrescu, Doricica Handmade, Eliza Yokina, Kaptura de aer, Kihi Kiha, Laura Chifiriuc, Local, Klara Veer, Mădălina Teler, Mihai Stamati, Minitremu, Oana Coarfă, Paul Dersidan, Prototip Studio, Stereo Socks, Supersomething (Outside The Block), Ştefan Constantinescu, Titikitra, The Awesome Project, Veronica Neacșu, WOOLS&WOLF. The exhibition will also include a selection of illustrated books by: Ágnes Keszeg, Anuţa Vârsta, Arina Stoenescu, Alexandru Ciubotariu, Cristiana Radu, Maria Surducan, Mădălina Andronic, Veronica Neacşu.
“Play&Rewind – Memories, games and tales in Romanian design”- a collaboration between Rumänska kulturinstitutet and Romanian Design Week 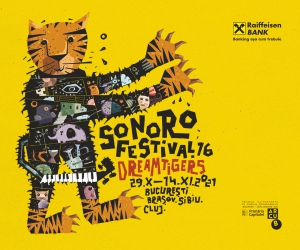