Who's who / 02 Apr 2019 / RDW team
1/20
HISTORY
Zeppelin Association, founded in 2008 in Bucharest by architects Cosmina Goagea, Constantin Goagea and Stefan Ghenciulescu, is an NGO that acts as cultural operator in the South-Eastern Europe and at international level. Zeppelin edits a monthly magazine, organizes conferences, workshops, exhibitions, debates, competitions, carries out publishing projects, research and critical reflection in architecture and creative industries, and is involved in urban interventions and strategies of coherent city development.

SPECIFIC
Zeppelin is a multi-disciplinary design studio based in Bucharest that brings together a series of architects whose work and interests cover a broad spectrum of subjects, from architectural design, interior and object design, curatorial and editorial practice, to 3D presentations and animations and the integration of new technologies and interaction design in their projects.

2019 // Modul Cărturești
A bookstore, an exhibition space and a café in the center of Bucharest, with an entrance from the portico of Ion Mincu University of Architecture and Urbanism, which offers the opportunity to open the school towards the city. Most educational institutions are inactive from Friday night until Monday morning and during holidays. Once the students go home, the University of Architecture remains a container, an edifice that does not participate in the city's life when it becomes the most effervescent. The opening of the bookstore and the exhibition hall to the public (re)defines the relationship between the school and the inhabitants of Bucharest. The porch and the garden function as aggregators for urban life, the exhibition hall emphasizes openness to the public space by building a curatorial speech centered on design, architecture and technology, making the whole ensemble a place where architecture, student projects and conferences have the chance to be part of the city's culture.


2019 // Anton Pann Memorial House
Each room on the ground floor has a main theme: the biography and the literary and political context, mid-19th century Bucharest, the relationship with the art of music, his activity as an editor and printer; there is also a space for the book illustrations inspired by his writings. The cellar remains the meeting place with the few books Anton Pann dedicated to the topic of alcohol. The image resources had very different qualities, some very good, other rather modest. The use of a reticulated system - a scaffolding with squares and rectangles - came as a solution whereby all the musical instruments, images, music sheets and replicas exposed should be brought to the same degree of importance, expressiveness, and clarity. Moreover, the exhibited images – photographs, illustrations, or copies of texts – were analytically decomposed, becoming 3D objects. Being printed on several transparent layers, each image was given a certain depth, which better reveals the feeling of times past.


2017 // Permanent Exhibition - The National Museum of Romanian Literature
The project proposed by the Zeppelin team was based on the idea of a thematic structure for the whole museum content, and the adaptation of those themes to the specific typology of spaces. In brief, the museum is settled upon literary genres: the ground floor is dedicated to the poetry, the first floor to the prose and literary criticism, and the attic is dedicated to the theatre. The main idea was that the proposed themes are facilitating connexions and literary references in the visitors mind, thus explaining certain creative mechanisms from the art of writing. 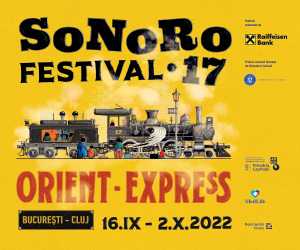