Who's who / 02 Apr 2019 / RDW team
1/14
HISTORY
Twins Studio is a top design company in Romania. With more than 20 years of experience, Twins Studio offers the most efficient solutions, adjusted to its client needs. Their expertise is turning ideas into reality.

Relentless designer, Mihai Popescu has over 15 years of experience in product design, interior design and scenography. He is one of the pioneers of the Romanian ambient design of public places – coffee shops, restaurants, clubs. He is the only Romanian designer who won the Restaurant and Bar Design Award. He has an eclectic creation style, and knows how to lead a project from first draft to final production.


2018 // MERCADO OCCASIONAL LAMP
Conceived to fill large spaces with light and matter, the lamp is created from the desire to illuminate a high, industrial space, with minimum effort. The proposal is simple, minimal, and it is intended, more than anything, to be a functional, technical object.

It intends to be a lively object, versatile, to be able to be integrated in any context. It isn't meant to express something from a stylistic point of view, it doesn't belong to a particular style, aesthetically speaking, it is neutral; it cannot be set into a time-frame, timeless, but still actual to our present days.

The lamp is controlled by a silent, roll engine, the “arms” describe a vertical movement, starting from a flat position and closing the movement in vertical position, tight, compressed around the main pivot.
This object is ideal to be used in large spaces, squares, industrial canteens, event spaces, airports, areas where people are active.


2017 // HOMELESS
“Homeless” embraces functionality, insubordinately defying style, trends, aesthetics, consumerism or mass production. It is its very existence within the neat and well organized environment of Victoriei 18 which justifies the basic conceptual idea of the place: gourmet street food.


2017 // Stradale Oregon
A different self-service canteen, where everything is prepared in plain sight and which invites the guests to have lunch. And play.
2016 // FRATTELINI
The Twins Studio team led by Mihai and Nadia Popescu created the design of this place, and came with a new concept, thinking outside the design box that made her well known. Fratellini is a daylight place, where people can have their breakfast or lunch, or their 5 o’clock tea, a chic hub meant for business or friends’ meetings. The concept combines all details of the abundant natural daylight, the classical atmosphere with minimalist modern elements, the stereotomy of the black-and-white marble with plaster stucco, made by old craftsmen like in the old times.


2016 // UANDERFUL
As the gastronomic borders tend to fade away, the same is happening for the interior design as well. When you get to  “Uanderful”, it takes one step to leave the crowded streets of Bucharest for the farther Peru or Chile. This is a restaurant located in a classic American building, therefore it has been quite a challenge to integrate an eclectic look and feel, which incorporate three great cultures- American, Asian and South American cultures. The challenge has also been the result of a unitary concept, which gave the direction to everything aimed for: design, gastronomy, bar.
MEET THEM HERE
twinsdesign.ro 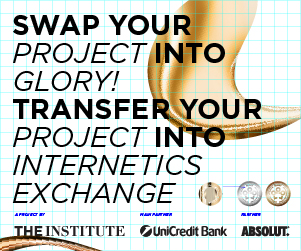