Who's who / 18 Ian 2016 / RDW team
1/3
HISTORY
The agency was founded in 2012 by three friends and colleagues with the same passion and determination for creating good work that truly helps clients’ businesses: Irina Pencea (Managing Partner & Strategy Director), Diana Benko (Partner & BTL Director) and Valentin Suciu (Creative Partner). With more than 17 years of experience behind each of them, the three partners have created this year a video content dedicated expertise as well as a shopper marketing division called Curious (a new business model that targets both the marketing and trade marketing functions and that leverages strategic expertise and creative talent in an area that has been rather neglected in the market, yet with high potential).

SPECIFIC
Jazz Communication is the David of the Romanian advertising world. The very creative and gifted team creates and implements integrated communication ideas that can perform in any media.

BEST WORKS
2015 // Salveaza Ciocarlia
2105 // Provident – Autodenuntul
“Self-denounce” aims to continue to demolish, with humor, the preconceptions related to the fast loans from Provident. Therefore, the agency continues the previous line of communication and also wants to change the perception according to which the non-banking financial institutions in Romania use improper practices during their interaction with the clients.
The campaign is declined on a special section of Provident’s website and includes several movies that present company’s interaction with the clients, from the first visit at home to providing the details for the loan and reimbursing the money. Provident’s business model is shown with help of fictive characters. It is a campaign for all those who look at our Provident with suspicious eyes. The agency would like them to look more clearly to the products Provident offers and to the business conduit this company has. The campaign used humor and self-irony, the best weapons against preconceptions. And the biggest credit goes to the client, who had the courage to attack directly and with humor a tabu image problem until now.
2014 // Provident – Providentistii
The agency chose the approach of a video content campaign - a fun and memorable content. The “promotion with a smile” was told on different channels, from offline to online and social media and was customized according to each medium: • The media strategy focused on promoting the video commercial and on attracting people on the Provident web page which offered more video content. Therefore they placed the main video on Provident YouTube channel and embedded it on a Provident website page, for 2 flights. During the first flight, the Providentistii landing page was promoted through the YouTube video, Facebook ads,e-mail, Yahoo special branding and non-branded web banners, generic or contextual, built under the same creative idea. During the second flight they used only the YouTube video. • Overall the campaign was advertised through YouTube video ads, traditional online media, Provident social media channels (YouTube channel, twitter and LinkedIn accounts) and some PR offline and online tactics.
2014 // Avon - Schimba lumea prin frumusete
2014 // Ardealul – Everybody deserves a good taste
Humour. Fainosag. Transylvanians. Advertising stereotypes treated with taste. Those are the ingredients of a great campaign. Pate is a handy food that matches Romanians’ taste. Speaking of our culinary preferences, we know we don’t like tasteless things….The new ads want to bring under the spotlight the element that makes the difference for Ardealul: the unmistakable taste of pate with the enough quantity of spice to make a meal memorable.
Through the new communication campaign, the client and the agency wanted to bring back in consumers’ attention the competitive advantage of Ardealul pate – the good taste, the unique mix of condiments and spices from Ardeal. The campaign idea is very offering (“Everyone deserves tasty food, even …”. This “even…”) and allows them to target students that are far away from home, those caught by a series who forget to eat, those saving for holidays, people who woke up early in the morning to go fishing, people working extra-hours in agencies and so on. On TV, the client chose to speak about those acting in commercials, maintaining the consumption occasions which are relevant for its target. 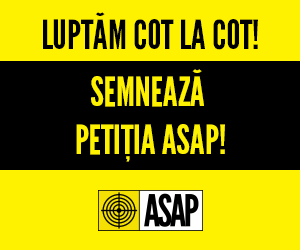