Who's who / 02 Apr 2019 / RDW team
1/19
HISTORY
Iulia Stanciu and Florian Stanciu set up their architectural office, STARH in 1996. Their works in architecture, restoration and interior design, have been awarded prizes at the Architectural Biannual (they received the medals of the Architecture Section in 1996 and 1998, of the Interior Design Section in 2000, the President’s medal in 2000, and were nominated several times), at the Architectural Annual, Bucharest (prizes at the Restoration Section in 2008 and 2012) and were nominated to represent Romania (in 1999, 2001, 2005 and 2013) for Mies van der Rohe Awards. Their work has been published in the “Phaidon Altas of Contemporary World Architecture” (the 2004 and 2006 editions) and in several issues of “A10 Magasine for European Architecture”, Rotterdam. Their works were presented in the Romanian Pavilion at the Biannual of Architecture in Venice, 2000, 2004, 2006.
They both have the PHD title in architecture and teach at “University of Architecture and Urbanism, Bucharest. (text from „Tower house” album – „Zeppelin Zoom” 2013).
ROMANIAN DESIGN WEEK APPEARANCES

2019 // Headquarters of the Bucharest Branch of OAR (Order of Architects of Romania)
The construction, originally built in 1927 and signed by one of the exponents of the neo-romanian style, arch. Florea Stănculescu, was used as a family house. The main challenge of the project was to achieve, by engaging minimal resources, a new status of a public function and representation for the Bucharest Branch of the Order of Architects of Romania.
The theme of the project was the subject of a local competition for the conversion of the house into the Headquarters of the Bucharest Branch of OAR, with offices, library, meeting spaces and workshops as well.
The plot is part of a historical area of Bucharest, yet in a de-structured urban square. In this unequal context, the building appeared unaligned, in its unicity, which, paradoxically, gave it a delicate appearance, as a fragment of the interwar city brought nowadays. We tried not to visibly intervene therefore the project was about finding the extent to which the intervention gesture may remain unobservable.

2017// NEW MNIR DESIGN COMPETITION 2016
Urban connection and historial concentration
The acceptance of the proposal is to achieve simultaneously the horizontal connection in the urban spontaneous tissue and promenade by introducing a new public open plaza, like a garden-chamber in the traditional tissue and the multi-layer historical assemblage, each with a specific architecturally symbolic presentation. Of course is meaningful to specify that, on the other hand, once inside from the city liveness, the garden courtyard acts as an oculus of spatial stabilization and recovery, therefore loaded with steady geometrical clarity.
2016// AC HOUSE
The apartments house proposed here lays in one of the representative areas of Bucharest, in a place where “the built” is mostly residential and where the two lakes in the neighbourhood lead  towards a possible romantic atmosphere. The importance of the location makes it necessary to approach the proposal from the perspective of a possible “landmark” as an urban object.
2015 // Pavillion – Secondary house- 12J Chefalului entrance, Bucharest
Defined as a volume generating  an exterior court, rough, in a „L” shape, the pavillion is built in the proximity of the main house. Whatever this pavillion can accommodate  ( apartment, gym, studio) the sense of it’s stucturing, or, to be said so, the concept, is radical an external one. The mineral garden, strictly delimited from the vegetal one, is the first and the only one that conferes the pavillion’s main principle. This attempt for a hierarchy in the order of showing up, and from there by consequence,  for clearness and preservation, is the sense of the project and for us it’s silent achievement. 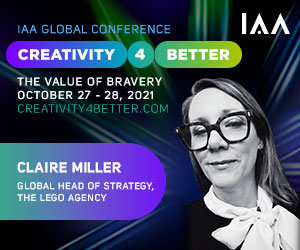