Who's who / 16 Mai 2016 / RDW team
1/13
SQUARE ONE  was founded in 2001 as a multidisciplinary practice that is active in architecture, interior design, product design and graphic design.Today they also work as project managers and deliver turnkey projects. They constantly explore and research for new areas and they approach every new project as a challenge.

2016//HOUSE O
On a quiet street near Domenii Square you can find House O, a project that has raised challenges, but also opportunites regarding its design process. Placed on a small corner site, the building has good visibility, with two facades facing the neighbouring streets. It was requested of us to design an elegand architectural object, with strong identity, in order to take advantage of the urban context and the vecinities.
House O has four stories (basement, ground floor and two upper floors),  having a silhouette composed of two volumes separated by a change of material on the facades. The corner of the street is reflected on the shape of the house, having the entrance on the ground floor withdrawn from the façade and a loggia on the first floor, serving one of the children’s bedrooms.
The placement of the building generates wide interior perspectives and views that have been further amplified by the glazings on the corners of the rooms. The metal staircase wrapped around a central wooden core is the defining element in the interior design. The lighting system is made of LED strips encased in the ceiling, arranged in a composition of geometric shapes that represent the purpose of each light: the line gives the visitor direction, and the circle gives emphasis to a particular place in the house.

2015//CĂRTUREȘTI CARUSEL
The architectural intervention was planned to support the brand’s values, to create a visual impact through its sculptural aesthetic, but without obstructing the construction’s existing elements. This way, a fluid organic shape was born, that coils through the existing structural elements, drawing itself away behind the existing pillars in certain places, and getting back out in the spaces between them, the curve’s shape being generated by the functional diagram of the space.
Thanks to the sinusoidal shape, the curves’ alteration on the horizontal plan makes the handrail opaque in some areas and transparent in others on the vertical plan, depending on the viewing angle.
This visual transformation provides the shapes with the desired consistency and marks down the new architecture’s presence. In the arrangement there were also kept visible elements of the building’s recent reconsolidation, the ceiling and walls in the basement and a few components of the contour beams, as an honesty element and an expression of the building’s continuous metamorphosis process.
Web Address: www.squareone.ro 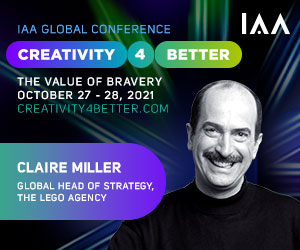