Who's who / 15 Ian 2016 / RDW team
1/15
HISTORY
For Mădălina, the story of becoming an illustrator began like any other story: when she least expected it. Thus, when she was a student at the Faculty of Journalism, during a layout course, she realized she did not want to write a review, but to illustrate it. It was a spontaneous desire to draw words, rather than express them correctly, truthfully and journalistic. She decided to apply to the Graphic Design Department of the University of Arts. She was admitted and started to draw all the words she couldn’t find and verbalize when she saw herself as a journalist. After graduation, Mădălina went to Valencia for a master in graphic design and illustration, and this experience helped her take her passion to another level and made her what she is today – personally and professionally. There, her interest in details grew, she used to spent hours and days on end drawing, learning, experimenting new things.
SPECIFIC
She works in ink and pencil, mostly in black and white. She prefers this technique as black and white make the message of her illustrations more powerful, clear and concise. Sometimes she adds color, but she is careful not to center the essence of the story around chromatic elements, and just leave it in the visual power of shapes. She thinks black and white make the most colorful drawings. Moreover, she prefers hand drawing, as she thinks it makes a project more authentic and personal.“Illustrated typography” is the concept that she wants to develop and which is the base of many of her works. She uses floral elements, geometric shapes and fantasy to build a world, a story around the letters, pushing type to its limit.

CAREER
Her first job was in a design studio in Bucharest, where she learned a lot about typography and editorial design. Then she worked in a PR agency, where she participated as a graphic designer to the development of advertising campaigns for clients such GSK, Playboy, Remy Martin, Servier Pharma. She currently works under her personal brand, Mădălina Țânțăreanu, but soon she will launch her little design studio, Illus | Type, a typography, lettering and illustration studio.

2014 // TEI BESC illustration
This is an illustration created for an article named “Don`t step on Tolstoi”, by Raisa Beicu. She used as inspiration the russian braids, the Matryoshka doll, the towers of St. Basil`s Cathedral (Moscow). The name is Tei Besc, and it comes from Te Iubesc, which means I love you in romanian.
2014 // MONSTER ENERGY illustration&packaging design
Personal project inspired by Monster Energy brand. It is an imaginary illustration for their cans. Ink on paper, colored in Photoshop.

2013 // EME Magazine cover
This is a proposal for the front cover of the magazine. The theme of the number was “pattern”. On the front page there is a pattern like a circuit. Also, the red flap has a part of the pattern so that when it is closed, it looks like it`s completing the design. On the back cover there is an absurd 3d machine that generates a pattern and also puts it in movement.

2013 // Midnight in Barcelona
Postcard illustration created while she was studying in Valencia, Spain. 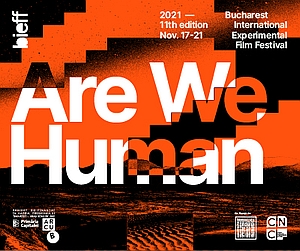