Who's who / 25 Sep 2017 / RDW team
1/7
HISTORY
eematico is an organization that creates and develops educational programs meant to develop the necessary skills for life in the XXI century. They believe that play is the main learning mechanism in nature and making is its most advanced form. Their team is made out of architects, psychologists, engineers, philologists, designers, marketers and communication people. For more than 4 years they have been focusing their passion, ideas and knowledge to create and develop the materials and activities that define eematico. Their work has been acknowledged and appreciated by children, parents, teachers and Foundations such as ERSTE, Ashoka, and LEGO.

2017 // Play & Rewind 2.0 @ Vienna Design Week // I CAN BE - NINO – ANATOMY MODEL
Under the skin, the children discover the layers of muscles and the ribs. Underneath them, one can discover the organs. And then it’s question time: Are the heart and lungs friends? Is the gallbladder in a good relationship with the liver? And how about the stomach? Does it work alone or not?

2017 // Play & Rewind 2.0 @ Vienna Design Week // MAKER EXPLORATORIUM – DIY AUTOMATON
The automaton is a toy that uses gears to animate characters. The camshaft and the cogwheels, inspired from devices used in modern combustion engines, determine the movement of the two characters, that challenge the young ones to use their creativity and personalize them.

2016 // The music machine - I Can Be - Toy Maker module
Behind this simple and fun device hides wondrous knowledge. Kids assemble the machinery to understand one of the first programming devices: depending on where they choose to place the cogs, the resulting tune may vary (this is a preview of what gave birth later to punch cards, hard-disks and the binary code).

2016 // The fisherman automata - I Can Be - Toy Maker Module
Out of the Toy Maker’s classical repertoire appeared this device that can be found in modern combustion engines and many other types of engines. The camshaft animates each of the three parts (layers) that the kids put together and then join to create the story of the fisher-man gone fishing on high seas.

2016 // The hydraulic mechanism - I Can Be - Environmental Engineer module
A funny and interactive device that kids assemble to discover how one can use the regenerat-ing energy of water to move things about, how linear movement can transform into circular movement, and about one of the most useful of simple mechanisms: the pulley.

2016 // The Car and its wheel - Maker Exploratorium - Body Movement module - The Rotation
What easier way to learn about rotation than by using the wheel, while tinkering a car? The functional parts and some versions of bodywork are already designed. But the latter can also be imagined by them — the kids design according to their imagination and then jigsaw the shape out of plywood. The car has rubber band propulsion and real rubbers for increased adherence.

2016 // The block and tackle - Maker Exploratorium - Mechanisms module
Design can be found in this object, as well as in the others, not just in its appearance as much as in the way it is supposed to function in the lesson plan. Children discover, by using and assembling, the hoist about it, the pulley and how it can be used to tackle the effort of moving objects vertically and sometimes horizontally. 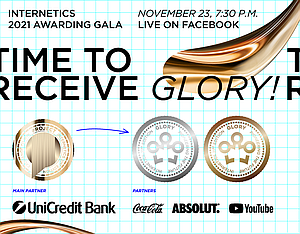