Who's who / 25 Apr 2017 /
1/4
HISTORY
After 6 years of Marketing in the pharmaceutical industry, I switched to Advertising, as a copywriter for Next Advertising. Here, I worked (and sometimes won awards) for clients like Banca Transilvania, The Money Channel, Deutek, Ferrero Rocher, Mai mult verde, Biofarm, BCR. In 2014, I joined Rusu+Borțun, having the opportunity to work for local clients (Patru Mâini, Apollo111) as well as multinational ones (ING, Lagardère - EuropaFM). Two years later, I became Group Creative Director.
AWARDS
AWARDS
2008 Silver, TV in Golden Drum – “Feedback is Fifty”, The Money Channel
2008 Silver, TV in Effie Awards – „An Upset Fellow”, Banca Transilvania
2011 Best of 2011, TV in ADOR, 10 years of creativity – “Vitali”, Deutek
MINI INTERVIEW
Tell us what drives you. How do you overcome creative block?
Having my work published, out in the open, and permanently evaluated by everybody – that scares me the most and makes me work harder. Sometimes, when the results are good, I feel good also.
What’s the greatest thing advertising has taught you?
Everything is better when it’s true.
ADC*RO - NEW FACES
POSITION
Group Creative Director // Rusu+Borțun 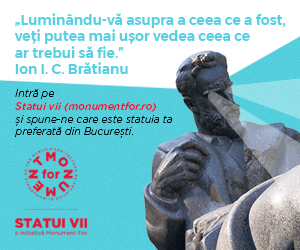