Who's who / 11 Apr 2018 / RDW team
1/5
HISTORY
MÂNADELUCRU design office is a studio that operates mainly in the field of architecture and design, preoccupied with the understanding and the evolution of Romanian architecture and especially with its growing impact on people`s lives.

VIArchitecture PlayGround is multi-disciplinary architectural studio with office in Bucharest, Romania. Their aim is to define and play with the space using the dialogue between light, form, colors to create specific environment for each project with a successful combination of form and function. Architecture as they see it is a game and therefore architecture is not static, it's a scenario.

2018 // ALBA IULIA – THE FOLD, WALL FAÇADE
Alba Iulia, has attracted in a very short time multiple funds, that concerned the reconstruction of the fortress. It is a stellar plan fortress, having multiple defense diggings, and both its inner and its outer defense apparatus are very complex and complicated.

The project treats one of the underground spaces, the typical space that connects the fortress’s diggings with the defense ravelins. Through this project we have tried to raise the awareness of the forgotten places for which nobody could yet assign any use even if they are parts of a rehabilitated site. We opened this place to the public within the street art and dance event related to the TIFF film festival.

A long table, placed in the elongated space of the gallery managed to unexpectedly revitalize by gathering people around. The states of the object–table are shown in the photos. Its hypostasis does not concern its esthetics, but it's appropriateness for that exact place and the sense of being used, due to human experience.
MEET THEM HERE
manadelucru.ro 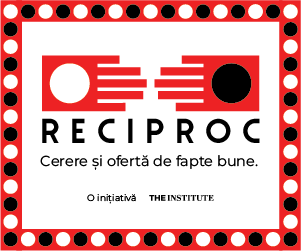