Who's who / 07 Mai 2015 / RDW team
1/5
HISTORY
Andrei is an art director and letterer. He thinks that this lyric from Beck best describes him, at times: “In the time of chimpanzees I was a monkey”. Although lately he feels closer to George Constanza.  Here’s what others have to say about him: “Andrei is a known ‘type marauder’, roaming lands spreading from Spain to Runcu […] brushstroke scents indicate that the culprit might have been around prior to your arrival. Type on walls or various surrounding objects, left on notes or hidden behind corners are also certifiable signs that now you are not safe anymore.” — LOOT  “What is striking on Andrei's work at first sight is his high sense of composition. Every colour, every type, every element is in its right place - which gives to his designs this straight and effi-cient feeling. Professionally and personally speaking, definitively a great person to work with”. — Xavier Bourdil

Bogdan is a young entrepreneur, visual artist and multimedia designer from Bucharest, Romania. He pays close attention to his surroundings and the many ways in which urban ele-ments are linked with each other forming and morphing spaces into new living places. With the aid of photography he's archiving his own sensibilities regarding life. Nowadays he is focusing on pursuing his personal projects, but at the same time collaborating with others to develop creative projects.

2015 // Space blankets. Homeless. Calligraphy and photography
Never not tired Space blankets. Homeless. Calligraphy and street photography. A project by graphic designer Andrei Ogradă and street photographer Bogdan Cătălin Cazacioc.  For the homeless, winter time is the toughest period of the year. The challenge the cold weather poses unto them was trigger for this project. Calligraphy and street photography joined hands to attract attention to this, and so:  Space blankets were bought, written and then given to homeless people in Bucharest. Photog-raphy followed to document the reality on the street. These images were gathered after in the show “Never not tired”. “Believe. Seek. Smile. Hope. Choose. Overcome. Can. Think. Breathe. Open. Help. Support. Listen. Love. Discover. Rejoice. Share. Forgive. Dream. Live.” These are the words shared with the homeless which carry on the message. Never not tired means to have the power to start everyday over again, no matter how hard it might get. 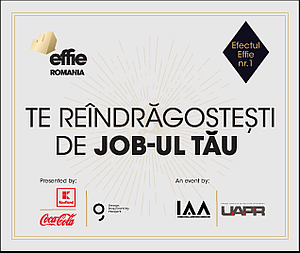