Who's who / 25 Apr 2017 /
1/4
HISTORY
Gabriel Mihailescu has been dreaming of becoming an Art Director since he was 15 when, instead of reading the book Morometii, he was listening to the hip-hop band with the same name while reading “Photoshop Bible”. Then he founded a newspaper which managed to overthrow a mayor and earned his first money as a graphic designer for porn magazines        [awkward silence]       . After a short while, he founded two gaming magazines and got bored for 7 years as a Creative Director in a sports marketing company.
- What about advertising, dude?
- Oh, that…
In 2012, he gave up everything to follow his 15-years-old dream. He went to Tempo and Graffiti BBDO where, as an Art Director, and then, as a Group Creative Director, worked on all types of accounts, both local and regional.
Meanwhile, the Russians have stolen him and, at the moment, he is a Creative Group Head at BBDO Moscow where he's fighting mostly on the international front of advertising but on the eastern one as well.
And he still doesn’t have time to be the Art Director he was dreaming about.
AWARDS
„Best Son in The World” Coffee Cup
MINI INTERVIEW
Tell us what drives you. How do you overcome creative block?
When i was a little kid my parents told me that I stayed for hours looking at the sky. I don't really know why, probably I was hoping to see an UFO or something. I don't even remember doing that but somehow these moments of search into the night sky stayed with me and grew into something bigger. A restless and stubborn search for “the truth”. And this drives me – the feeling I have after discovering or reshaping something that was never shown to the eyes. And also the fact that I can get to the office at 11.00 without being fired.
When it comes to “creative block”, well, I talk to it: “You can’t stop me from doing my job – because you’re not real. Just like this job, this is not a real job. I’m in this room with my colleagues discussing cat videos and you’re telling me this is a real job. No. There are far greater things in the world than selling water and sugar, lady.” And then I get any pressure out of my head and usually it goes well.
What’s the greatest thing advertising has taught you?
In the movie “Valkyrie” from 2008, Terence Stamp is saying: “This is a military operation. Nothing ever goes according to plan”. Replace “military” with “advertising” and in most cases the quote is still true.
So, when that unpredictable moment hits you I learned a very simple but powerful thing: smile. 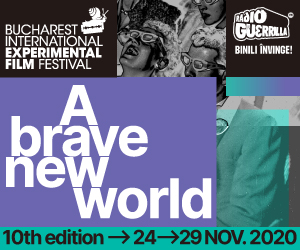